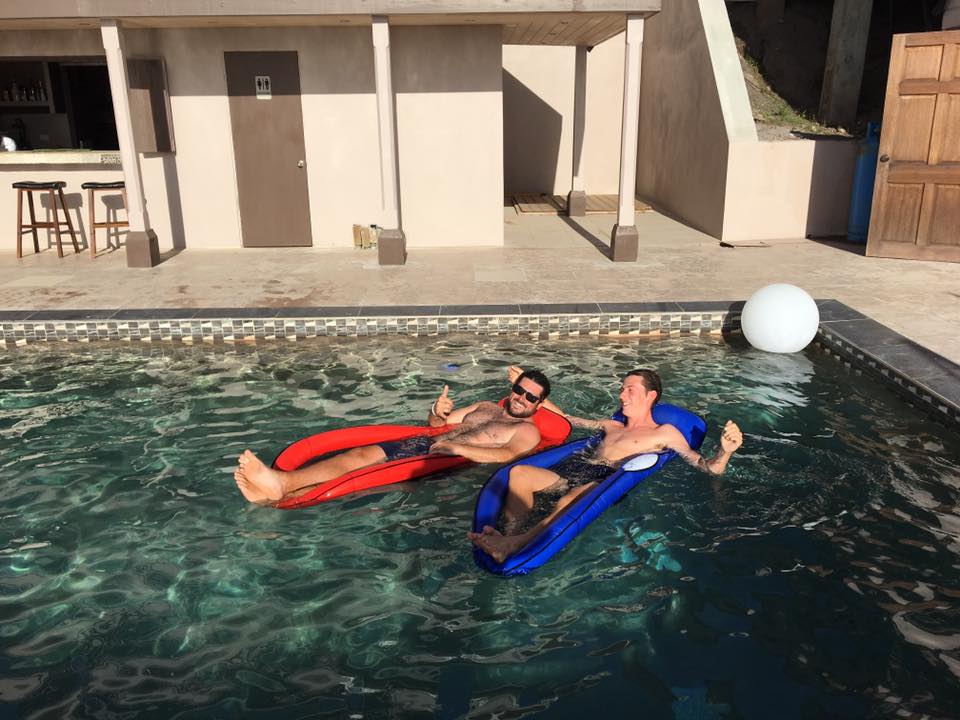 Before the traineeship, I was in a period of unemployment and travelling, after being let go from a Project Engineering role in an Oil and Gas service provider. Over the years I had kept my eye on the program, and always said to myself “when I have the time, and the money, I’m going to do that”. Low and behold, the time and also the means to go on to the Traineeship came my way.

Previous to the Traineeship, I had some cruising experience, and had successfully completed my Competent Crew and also Day Skipper Ticket. My sailing experience, was mainly cruising or booze cruises on a flotilla holiday called the Yacht Week. Although the emphasis was more on the party side of things, than the actual sailing side. The partying side of things certainly helped my training for the after race parties in the Caribbean. From the Traineehsip, I was wanting to elevate my sailing skills and theory, as well as gain some experience in the industry and also see what the fuss of racing was all about.

I had some idea of what dealing with clients and things from my experience as a guest on Yacht Week’s, i.e. cleaning up after others, being asked silly questions by drunk people at silly times of the day. Yes, you have to clean the boats. No, there is nobody else to do this for you. However in saying this, it’s all part and parcel of caring and preparing the boats for an event, and others are also in the same situation you are. Yes, you get to some of the most beautiful and luxurious places in the world, however you will be sleeping on a boat, in the heat, you’ll get very close to your other trainee’s and also paying customers on each regatta. What I am trying to say is, its not as glamorous as some people make out. Also, cost, be prepared to pay. Mainly for food and drink. Yes some very generous clients will take you to dinner during some of the regatta events. Which is so nice of them. But during the times between regatta’s you’ve to fend for yourself. And at times in the Caribbean, it can be hard to eat cheaply. And also healthily. Get sailing/travel insurance. It’s a must, even if you don’t have to use it. Get it.

From my time on the Traineeship, I lost weight, gained weight, lost weight again, did I have a great time? YES. One of the most thrilling and fun times I’ve ever had while sailing. I got to take part in some of the bucket list sailing events held around the world. The Carribean 600, the Heineken Regatta, Les Voiles de St Barths, Antigua Sail Week, Cowes Week and finally the Fastnet. Which for me personally was a big deal. I was able to meet some of the best sailors in the world, I got to see some of the most famous boats in the world in the most stunning settings in the world. I also met some characters, some funny, some tragic, all memorable. I made friends with the other trainee’s on the PYR scheme as well as the other companies who do the circuit. It all becomes one big regatta family. There’s always a friendly face at the bar, or someone to moan to about something that’s gone wrong. Tickets wise, I have managed to get my YM Coastal, and I am going to go for my YM Offshore, but for me, I will need some extra time now to get to this level.

With regards to the Traineeship, would I say it was worth it? Yes! Would I do it again, easily! It maybe isn’t exactly what you think it might be, at times it will be difficult and you will want to strangle someone, but, at the end of it, it’s a very fulfilling experience to look back on. I made some great friends and had some amazing experiences which nobody but others who have been through the Traineehsip, or have been to the events will be able to fully understand. Also, your friends back home will be monumentally jealous of your Instagram posts and new stories you have to tell! If you decide to take this on, you will not regret it.